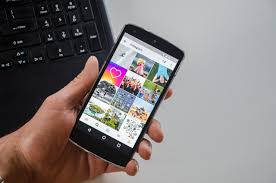 Mobile media is one of those words that we often use that is pervasive in our day-to-day life and yet so vague conceptually that we cannot define it. We know that it is our cell phones when we are not using it to make calls or texts, our iPods, our table pc’s and all the other gadgets. But we do not grasp the idea to the extent that we know print media as the newspapers and magazines, television as what we watch and radio as what we listen to. But with mobile phones, tablet PC’s, laptops and iPods and other mp3 players that can make us view news, watch videos and listen to or in other words, access all 3 kinds of media, we cannot technically say that mobile media is new content. At best, it is just a new channel or way to communicate or deliver already existing content. Keep in mind that media or medium is just the means to an end which is data. The improvement is that this medium can now be brought wherever the person will go. Since this is the case, the question becomes which gadget gives us the best access?

People can do everything in their computers, given that they install the proper programs and upgrades. Its portable counterpart the laptop is nearly as powerful. One can read the news via the daily broadsheets’ website or even through the search engine’s offerings. Downloaded media such as games, video and music can also be played. The downside is laptops are not as portable as you would wish. It usually needs its own bag instead of fitting snugly on your pocket.